Phase 1 of the Kentwood Farm section of the North Wokingham Strategic development Location has been given the name of Mulberry Grove by the developers, Crest Nicholson, in recognition of the local silk industry in times past.

The first houses went on sale in 2015 and the site is well on the way to completion. 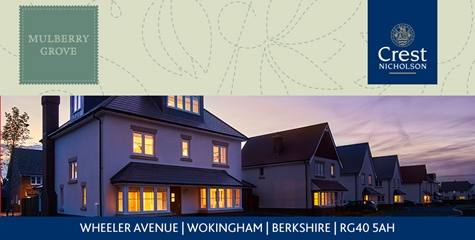 Phase 2 of this development, Called Mulberry View, was granted planning approval in May 2017 and work is now in progress to deliver some 225 dwellings on the site. 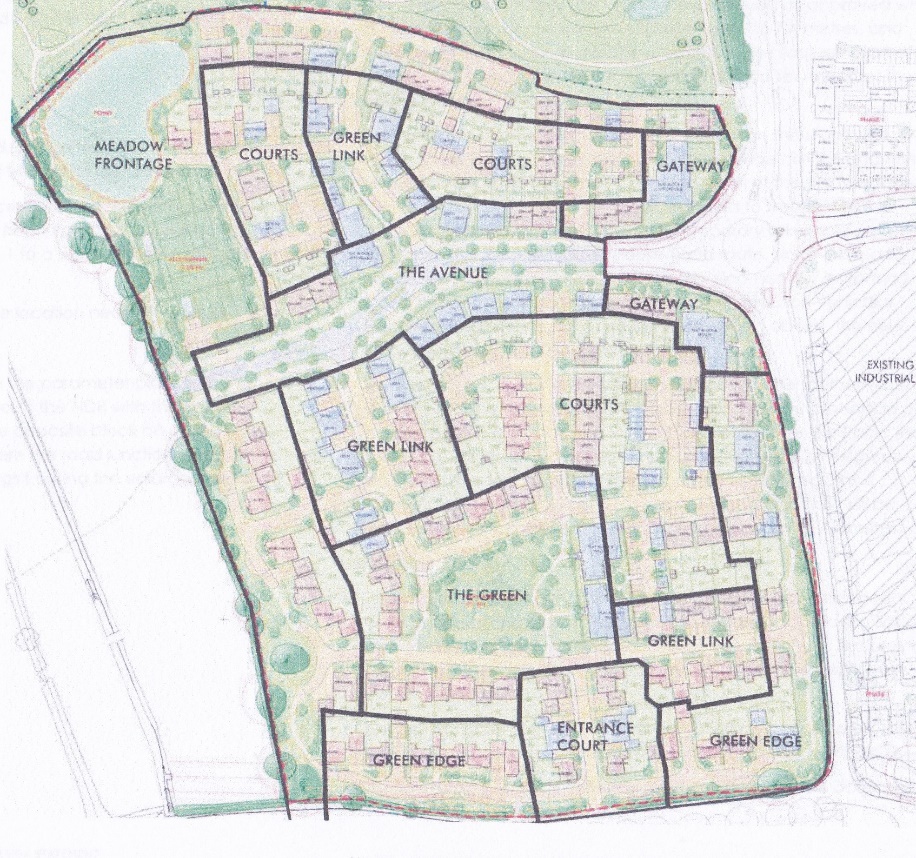 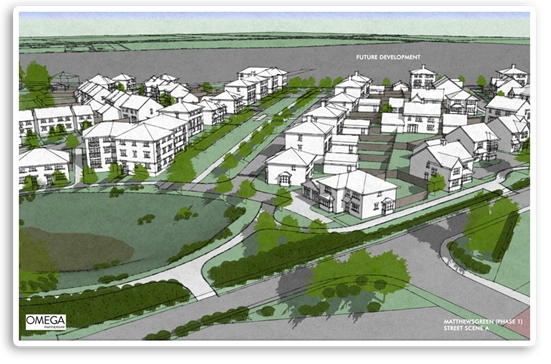 The first phase of development at the eastern end, called Emmbrook Place, started in 2015, with houses coming up for occupation by October 2016, and is nearly finished. A second phase of houses built by Bovis is now under way.

Linden Homes have acquired the north-west area of the development from Bovis and the first phase, called Copsewood, is now partially completed.

Plans have also been approved for two further phases. The Society’s representatives have been in active discussion with Linden Homes about design and infrastructure issues.

Plans for a combined primary and nursery school, with an attached community centre, have been agreed but the timescale for building is not yet known. 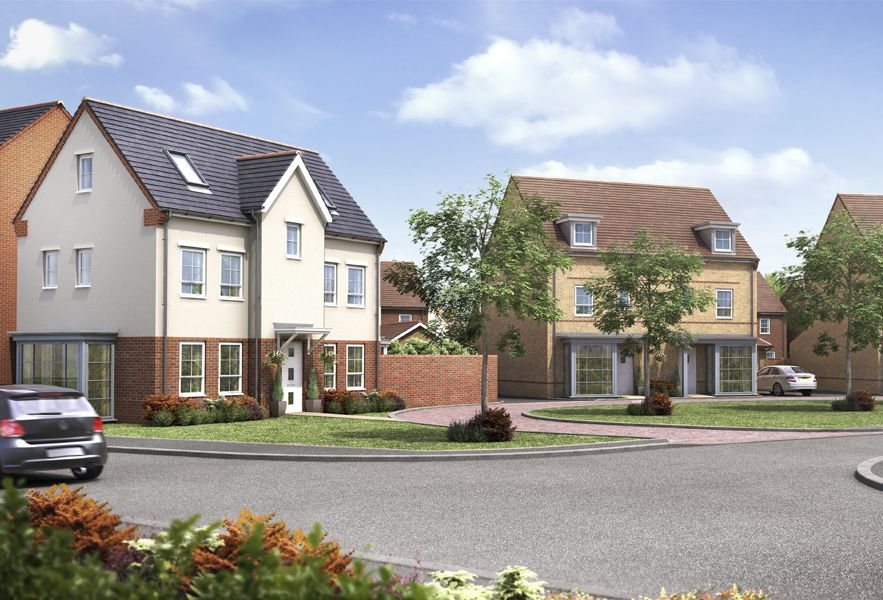 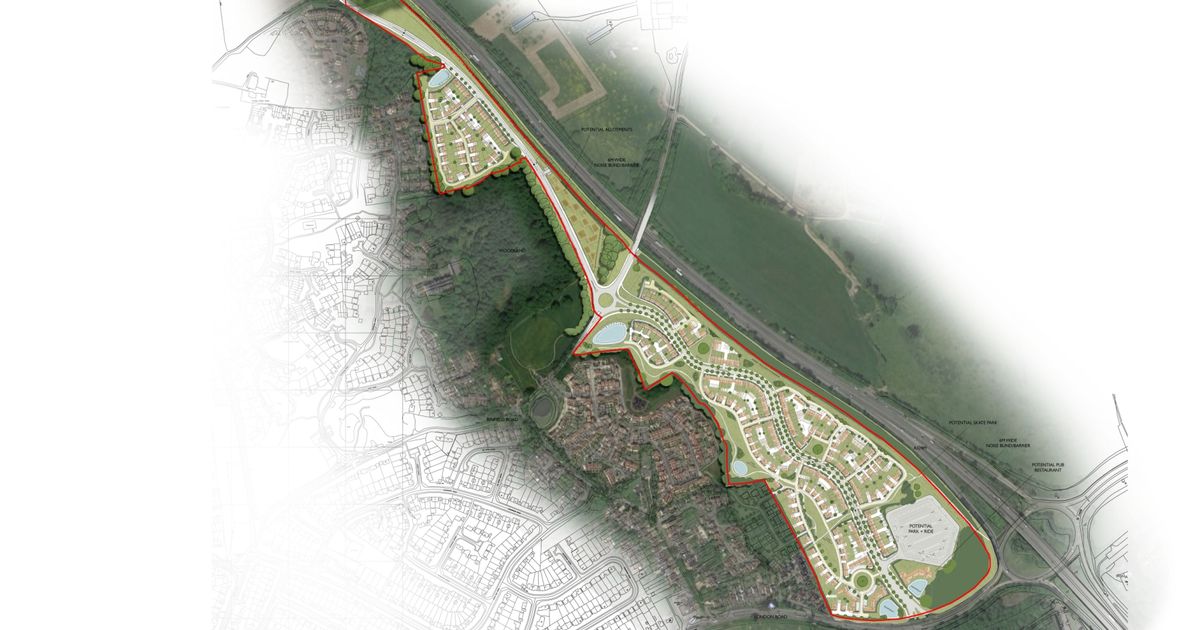 A consortium including Bellway and Shanly Homes submitted an application in 2015 to build 300 dwellings to the east of the assigned North Wokingham Strategic Development Location. The developers said that this approximated to the shortfall in the SDL itself and that it would have the benefit of delivering that part of the North Wokingham Distributor Road earlier and at their own expense.

The Society’s Executive Committee submitted a response to this application, which it urged should be rejected as an overdevelopment of the area, taking way an important area of open space for local residents and closing the green gap between Wokingham and Bracknell. We also objected to the lack of proper consultation with the local community before the application was made.

At a Meeting on 25 February 2015 the Wokingham Borough Council Planning Committee noted a considerable number of similar objections, but were reminded that the contribution of that section of the Distributor Road would be a significant gain and also that a similar application that they rejected had gone to Appeal but was approved by the Inspector, at considerable cost to the Council. The Committee decided to agree the application as submitted.

Construction started in the Autumn of 2017. The developers have decided to call this location Keephatch Gardens.

In 2016 Berkeley Homes presented a proposal for128 dwellings at Bell Farm, to the north of Bell Foundry Lane (see plan below), a number not included in the North Wokingham Strategic Development Location proposals agreed by the Borough Council. This was originally displayed at public consultation on 6 June and met with concerns from local residents in respect of the unplanned additional numbers and the possibility that, as with Keephatch Beech, the Council might not be able to reject the application when it is submitted. The developers said that the scheme would deliver enhancement for the adjacent stretch of the Distributor Road along Bell Foundry Lane and a new country park within the site. 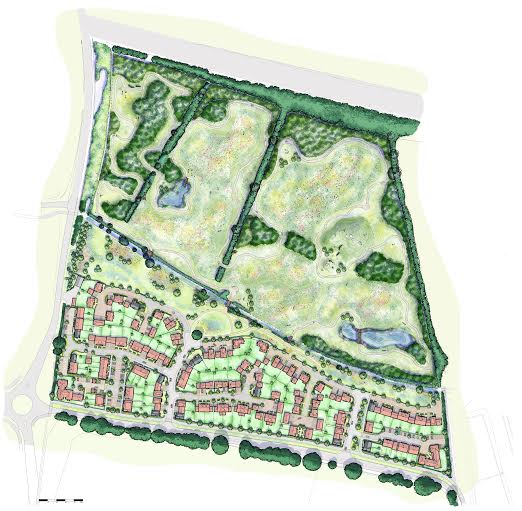 An application was subsequently submitted and approved by the Borough Planning Committee on 28 October 2016. The Society’s Executive Committee did not make any submission in view of the similarity of the plans to those submitted by Bellway and Shanly Homes for Keephatch Beech.

Construction commenced in the Autumn of 2017 and is virtually complete.

The development is being marketed under the name of Eldridge Park.

The Wokingham Society’s proposals for street names have been agreed; these are: Bingham Drive; Hazylwood; Eldridge Avenue. The Emmbrook Residents’ Association has chosen the remaining two names: Francis Drive; and Brant Close.

According to the plans, 53 of the new homes would be affordable and 335 parking spaces and 26 acres of public open space would be provided on the site.

The developer agreed to sign over part of the land to Wokingham Borough Council, so that a section of the Northern Distributor Road could be built on it. 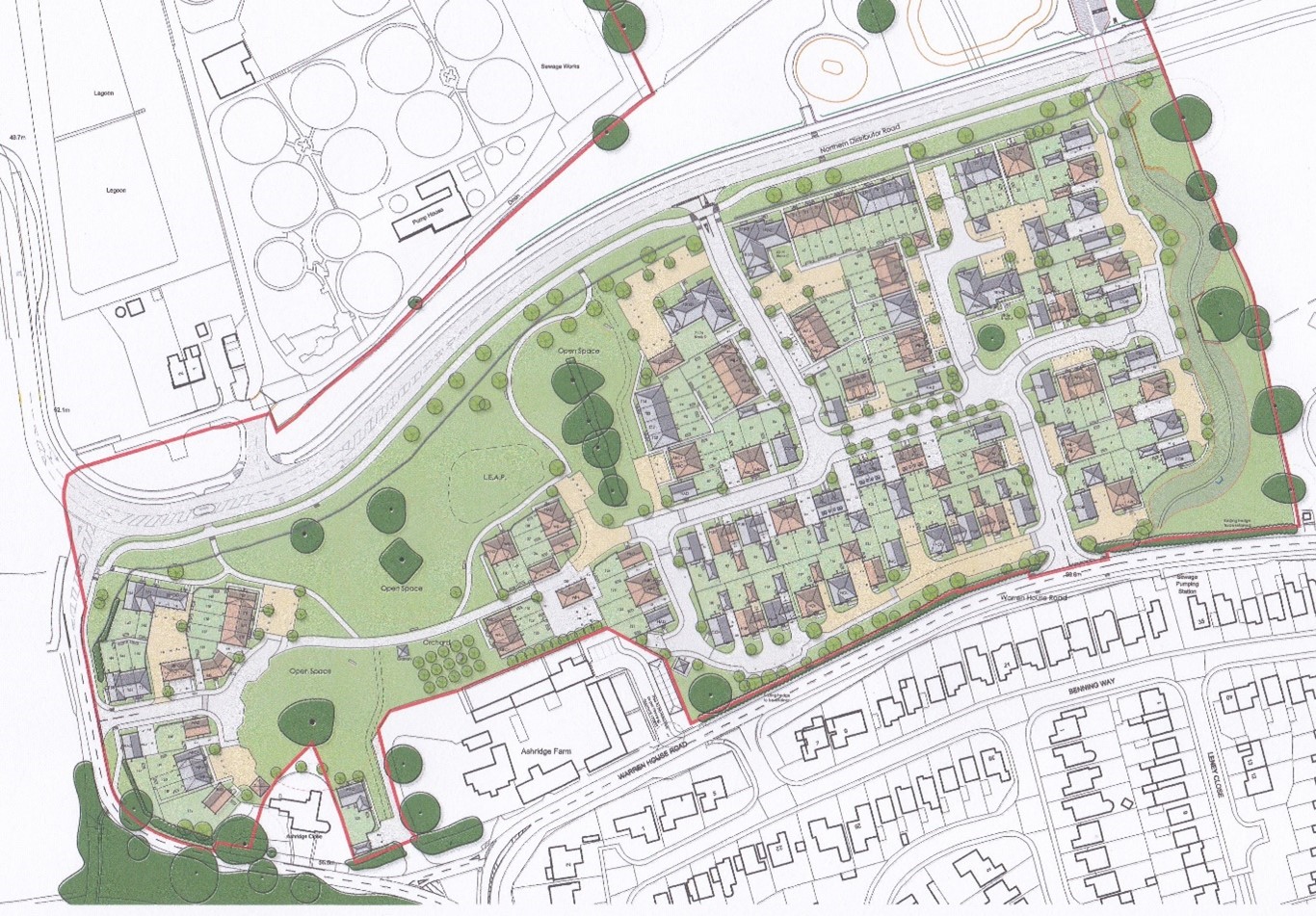 The application was approved by the Borough Council Planning Committee in December 2016 and the contractors have now completed the buildings on site. They are marketing the development as Ashridge Grange

The Borough Council is itself the owner of this land and applied in May 2021to build up to 130 residential units, including 46 affordable homes, and a 70-bed care home on the site. The Society’s Executive Committee objection to the proposal can be seen here.

The application was due to be considered by the Planning Committee in December 2021 but was withdrawn for further consideration by the planning officers.

Ashill Development Company has obtained planning permission to build 45 dwellings on the Hewden Plant hire site off Old Forest Road. The site is being developed in association with Bellway Homes. 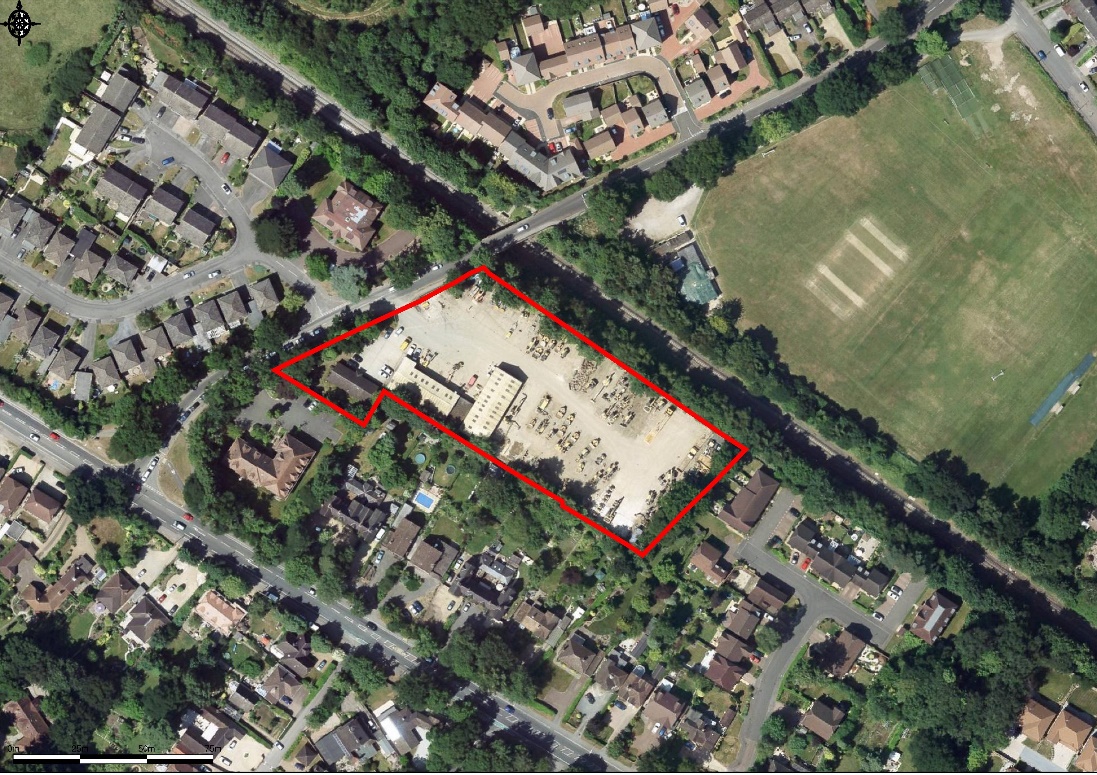 The Society’s Executive Committee sent Ashill its pre-application views, and some of these concerns relating to housing density, scale and massing, design, layout, parking and access were reflected in the amended plans as submitted. Density was reduced from 50 to 45 dwellings, Maximum heights were reduced from four to three storeys and all houses were reduced from three to two and a half storeys at most.

Design was amended and improved to propose a more traditional design, including the introduction of traditional building features to the apartment buildings, such as bay windows. Homes facing the southern boundary were redesigned as link detached dwellings. A landscape buffer and new softened frontages to street scene were introduced.

The total number of car parking spaces was increased to 83 and parking areas were broken up with street planting to reduce impact of hardstanding.

The development has yet to start.

In September and October 2013 the Borough Council consulted on routes for the North Wokingham Distributor Road (NWDR) and there was a clear public preference for Alternative B above. Further refinements to this route refined the design detail of Alternative B to take account of these were presented to and agreed by the Council Executive at the end of September 2015.

The NWDR, which is nearing consists of seven separate schemes, five of which are developer led (Bell Farm, Matthewsgreen, Kentwood Farm, Keephatch Beech and Ashridge Farm) and two that are being delivered by Wokingham Borough Council which are West of Old Forest Road (WOFR) and Toutley Road.

The NWDR will connect the A329 near the BP garage on Reading Road with the A329(M) Reading to Bracknell motorway near the Coppid Beech roundabout junction. The new road will also provide a link from Winnersh to the A329(M) avoiding Wokingham town centre.

The NWDR will also provide access to the new North Wokingham developments and give these areas convenient and direct access to the motorway network as it will give access to both the A329 (M) and the M4.